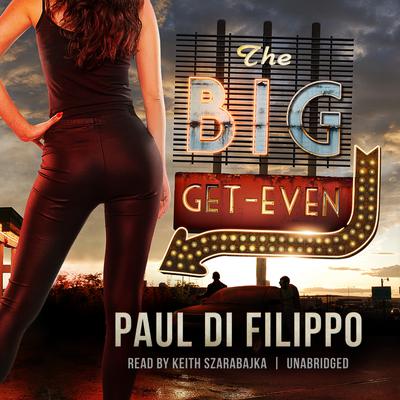 A disbarred lawyer and an ex-arsonist cross paths and find themselves organizing an elaborate real estate scam to bilk a shady rich speculator out of twenty million dollars. The sting is personal for ex-arsonist Stan and for a woman named Vee, who plays an essential role in the caper. Glen, the narrator and former lawyer, finds himself at first just along for the money. Eventually, as bonds deepen among the conspirators, Glen too discovers he has a lot more at stake than simply the loot. This cast of lively eccentrics discovers along the way that getting to the big payoff might just be more scary fun than the monetary prize itself.

A disbarred lawyer and an ex-arsonist cross paths and find themselves organizing an elaborate real estate scam to bilk a shady rich speculator out of twenty million dollars. The sting is personal for ex-arsonist Stan and for a woman named Vee, who plays an essential role in the caper. Glen, the narrator and former lawyer, finds himself at first just along for the money. Eventually, as bonds deepen among the conspirators, Glen too discovers he has a lot more at stake than simply the loot.

This cast of lively eccentrics discovers along the way that getting to the big payoff might just be more scary fun than the monetary prize itself.

“Hot damn! Paul Di Filippo has long been one of our best science fiction writers, so when he turns his attention—and his humor—to the classic caper novel, prepare to bliss out. Dare I say that Raymond Chandler would envy some of Di Filippo’s similes and wisecracks? At the very least, fans of the late, great Donald E. Westlake should start telling their friends right now about The Big Get-Even. In its pages storytelling artistry meets scam artistry and the lucky reader scores big.” —Michael Dirda, Pulitzer Prize–winning critic and Edgar Award–winning author
“Paul Di Filippo expertly spins a tale of revenge, betrayal, and a fight for salvation.” —Brendan DuBois, Shamus Award–winning author
“The Big Get-Even is a smooth-running Swiss watch, compulsively readable and spiked with wry wit. You cheer the motley characters every step of the way to the H-bomb climax. As Di Filippo would say: It’s a puzzle wrapped in a mind-f*ck inside a Secret Santa present. Raymond Chandler would love this book.” —Rudy Rucker, Philip K. Dick Award–winning author of the Ware Tetralogy
"The Big Get Even infiltrates a gritty criminal underworld…The noirish caper novel was a departure for [Di Filippo], largely inspired by friend and author Michael Bishop.” —Eastside Monthly (Providence, Rhode Island)
"A fun and furious crime novel that will keep you wondering to the last pages…The book does have some lively characters: a corrupt lawyer, a prostitute, and an arsonist…[with] plenty of punishment to go around.” —Seattle Book Review
“This clever thriller from Di Filippo boasts a sophisticated scam story line…Di Filippo, best known for his science fiction, proves equally adept at crime fiction.” —Publishers Weekly (starred review)
“Actor Szarabajka’s husky, educated voice is a perfect match for con man and disbarred-lawyer Glen McClinton…Szarabajka’s Glen is a likable mixture of wise-guy sarcasm and occasional self-doubt. The actor toughens his deep rumbly voice for self-confident, quick-to-anger Stan, gives it a faux sophistication for Nancarrow, and ages it for Glen’s uncle Ralph. He sweetens it for Nelly, an innocent local beauty…Szarabajka adds a pleasing layer of affability to the antiheroes, making the audio version of Di Filippo’s brisk, well-structured comedy-thriller irresistible.” —Publishers Weekly (audio review)
“This engrossing mix of revenge tale and caper novel has for a narrator a man straight out of the hard-boiled tradition…What sets this novel apart—besides the flowing writing and deadpan humor—is the writer’s sympathetic curiosity about his characters and the twist ending, which works a change on the old notion that con men are really best at conning each other.” —Booklist
“Hard-boiled crime meets a crew of wise-cracking ex-cons…Fast-moving and funny, The Big Get-Even is as much about its zany cast of ne’er-do-wells as it is about the intricate scam that Glen and his cronies embark on…Glen’s voice permeates the book. His razor-sharp observations of society and criminal life, paired with his dry humor, are the perfect accompaniment to the breakneck speed of the plot…As amusing as it is tension filled, The Big Get-Even is crime fiction at its best.” —Foreword Reviews
“Keith Szarabajka brings this complicated story to life, playing the parts of very different men and women who are all out to get rich. His icy portrayal of the sexy-but-dead-inside Vee is so good it’s almost scary…In between all the grifts and grab, listeners find there is a lot of love at the run-down hotel in the mountains that the gang tries to pass off as a site for a casino.” —AudioFile
“This is an astonishingly accomplished, virtually seamless caper-suspense novel, a genre which the late Donald Westlake brought (in his Dortmunder novels) as close to perfection as any writer living or dead and which Paul Di Filippo has, in The Big Get-Even, made equally his own. I have long written of Westlake (1933–2008) that he gave more pleasure per capita than any novelist living or dead and in mourning his loss I called him ‘irreplaceable,’ but here is Paul Di Filippo and here is this novel and they have shaken and inspired. I hope there will be more of these and that I will be present for at least some. Having referenced the great Westlake, I should add Elmore Leonard’s name: the dialogue here is as mordantly accurate, the characters as endearingly unscrupulous and intense, the situation limned with his utter clarity of madness.” —Barry N. Malzberg
“The Big Get-Even mixes the cocktail of classic noir with a style and panache utterly Paul Di Filippian. It blends a cast of sexy and larcenous guys and molls (and one pretty-boy rotten yegg), a wittily suspenseful buildup, and a gasp-provoking payoff into a highly palatable intoxicant. I drank it off straight in nearly one draught, and I commend it to you as a bracing tonic for the blues and the blahs, no chaser necessary.” —Michael Bishop, author of Ancient of Days
“Improbable, inevitable, sexy, and fun. I couldn’t put it down.” —Michael Blumlein, award-winning author of The Brains of Rats and All I Ever Dreamed 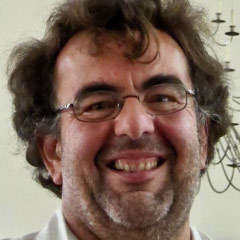 Paul Di Filippo sold his first story in 1977. Since then, he has written and published over two hundred more, as well as several novels, amounting to roughly thirty-five books. He lives in Providence, Rhode Island, with his partner, Deborah Newton.