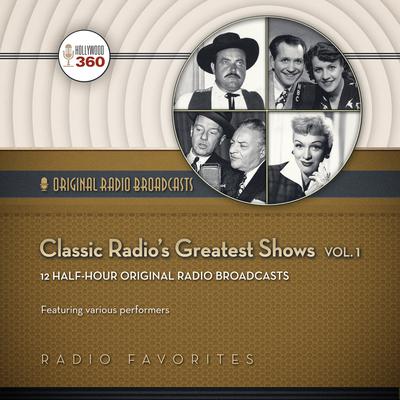 This collection contains twelve of the greatest radio shows ever broadcast during the golden age of radio! You'll hear Freeman Gosden and Charles Correll as Amos and Andy, Howard Duff as Detective Sam Spade, Tom Conway as the immortal Sherlock Holmes, Jim and Marian Jordan as Fibber McGee and Molly, Willard Waterman as the Great Gildersleeve, Eve Arden as Connie Brooks of Our Miss Brooks, William Conrad as Marshal Matt Dillon on Gunsmoke, Charles Laughton in a terrifying episode of Suspense, plus many more! Experience the classic radio shows from yesterday—and the legendary stars who made them great—in this incredible collection.

The New Adventures of Sherlock Holmes, "The Adventure of the Stuttering Ghost," starring Tom Conway and Nigel Bruce

The Great Gildersleeve, "Getting Leroy to Study and Grow Up," starring Willard Waterman

Suspense, "The Man Who Knew How," starring Charles Laughton