Earn the Right to Win: How Success in Any Field Starts with Superior Preparation 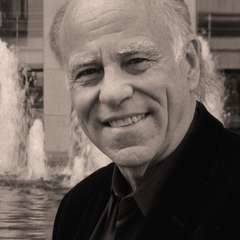 David Fisher has coauthored several New York Times bestsellers, including Gracie and All My Best Friends with George Burns and The Umpire Strikes Back with Ron Luciano. The audio version of Gracie won a Grammy Award in 1990. He has written on a wide variety of subjects, and his work has appeared on bestseller lists around the world. Fisher has written for the New York Times, Newsday, Sports Illustrated, and Car and Driver. He is also the author of the new videogame MadeMan. Fisher lives in New York City with his wife, Laura.

Tom Coughlin is the head coach of the New York Giants and one of the most successful coaches in NFL history. Before winning two Super Bowls with the Giants, he coached the Jacksonville Jaguars for nine seasons, leading them to two appearances in the AFC Championship Game. Before that he was the head football coach at Boston College and an assistant coach for three NFL teams. He lives in New Jersey with his wife, Judy.

NFL legend Michael Strahan made his name on the football field, setting the record for single season sacks in 2001 and being inducted into Pro Football Hall of Fame in 2014, but his star has shined brighter and for longer than his 216 history-making games with the New York Giants. In 2008, he joined the Fox NFL Sunday pregame show as a commentator, and in 2012, he beat a competitive roster of candidates to replace Regis Philbin as co-host of the wildly popular Live! with Kelly & Michael. In April 2014, he joined Good Morning America as a special cohost, and Barbara Walters selected him as one of her 10 Most Fascinating People of 2014.