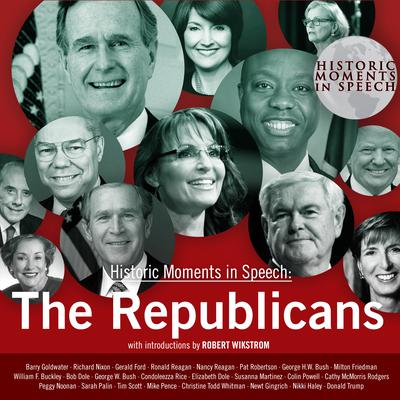 Republican Party spokespeople include presidents, advisors, and candidates. Speeches are given by Barry Goldwater, Richard Nixon, Ronald Reagan, George H. W. Bush, George W. Bush, Donald Trump, and others. Words that support the party line and are meant to win elections. Produced by the Speech Resource Company and fully narrated by Robert Wikstrom.